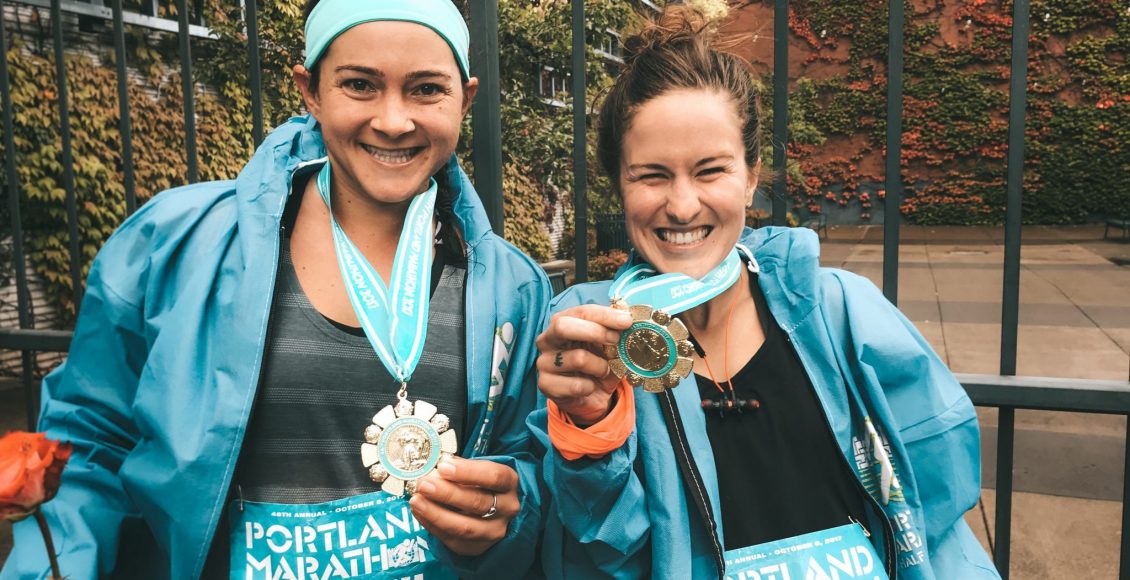 The Portland Marathon was such a blast!!  It was my 6th marathon and second race in a big city (after Austin), and I wasn’t quite sure what to expect.  We had heard (according to the silly Facebook page) that the course was questionable this year and not very organized.  I was a little nervous of 26.2 miles emerged in the concrete jungle, but the course turned out to be so awesome!  It was an out and back course, meaning you run 13.1 miles then turn around.  This may sound daunting and boring, but it was actually really helpful to know what you had up ahead on the way back.  The mile 9 uphill was all that kept me going on the turn around, knowing I had a downhill to take a breather on closer to the end.   Overall, the course was fairly flat which is always a great discovery during a race.  The weather that day was crazy, and we had bouts of warm sunshine mixed with a cold rain.  Even in the wet miles, the spectators were amazing!! Those encouraging signs just keep getting better and better.

The expo for the Portland Marathon was nothing to write home about, sadly.  I expected better from a bigger race!  It wasn’t awful, but just on the smaller side.  Atleast there were plenty of samples.  To make up for the less than spectacular packet pick up, the post race goodies they gave us were on point!  We received a super cutie long sleeve race shirt, a light material jacket thing to wear after the race to stay warm (I guess I’ll have to pack this for all my future race finish lines), a rose, a tree to plant (how Portland right), an awesome medal, and smaller pin version and a charm of the medal.  Not really sure what I’ll do with the charm and pin, but it’s the thought that counts. 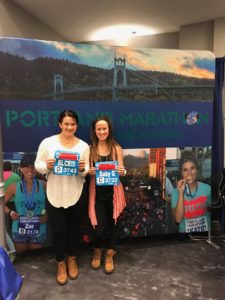 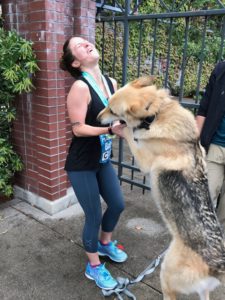 I didn’t quite PR on this race, but I’m convinced I would have if it wasn’t for a bathroom stop at mile 3.  #Runnersprobs.  I’m not sure if it was my faster pace or tummy issues, but this was my first marathon where the voice in my head saying “Why am I doing this again?” was REAL loud.  I had to work real hard at keeping it quiet, and focus on the fun instead of the torture aspect.  It doesn’t make any sense but it was still such a good time.  When I crossed the finish line I of course swore to Chris I was done with marathons.  For real this time.  Even I believed myself, almost.  It’s only been a few weeks and I’m already thinking of when my next 26.2 miler will be!!  The marathon always calls me back. 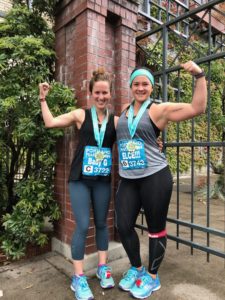 The Portland Marathon was a great excuse to spend a few days in this amazing city, and I recommend it if only for the aspect of carb loading in one of the most amazing foodie places in the country!! We were definitely well fed the days leading up to the race.  There was no shortage of donut fuel.  Has anyone else done this race before?  What did you think?! 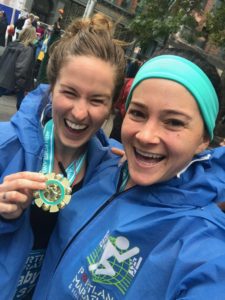