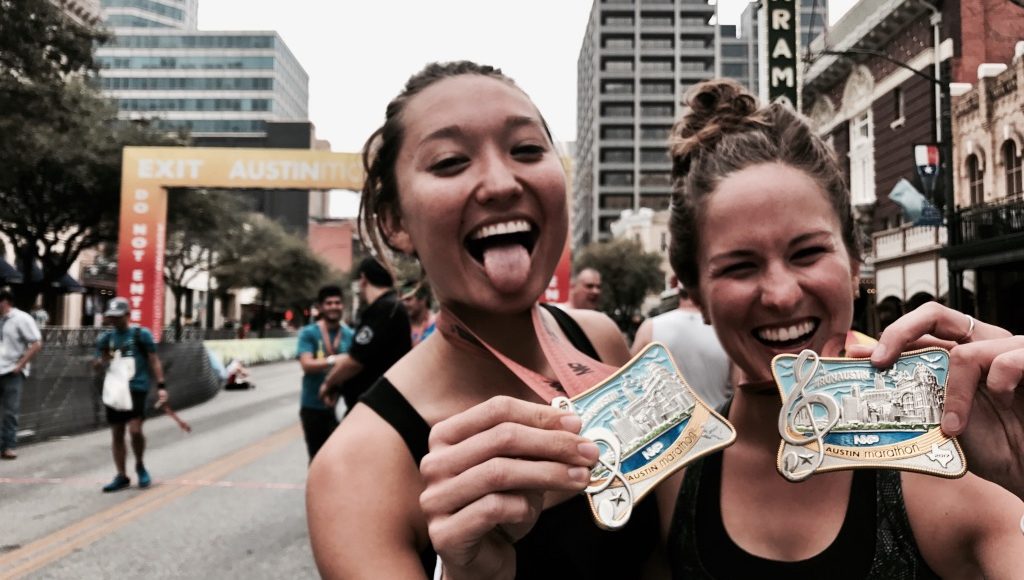 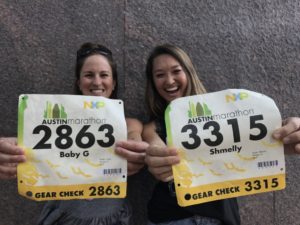 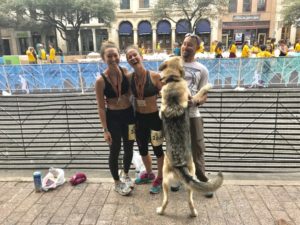 I’m so excited to write about this and relive it, because it was so amazing! The Austin Marathon is actually my favorite marathon I’ve ever ran. I also PR’d, so I might be a little biased 🙂 But in terms of marathon organization, it was one of the best! It was extremely organized and everything was super clear in terms of runners drop off, signs on the course, etc. Another aspect that made this race so amazing was the expo! My fellow runners understand that the expo (held a day before the race, where you go to pick up your packet and stock up on all things running/fitness) is basically just as good as the race itself, and this one did not disappoint! They had some of my favorite brands’ booths set up like Nuun, 2XU, Balega , Austin Fit magazine (which I actually only discovered at this expo, but as per the usual bought a shirt that now I don’t know how I ever lived without), and so much more! We also were given a super cutie artistic poster map of the course, and an awesome reusable tote bag! Let’s be honest, the race swag is why we all sign up to run these things anyways. I was overall really impressed with the expo setup and how well they took care of their runners! 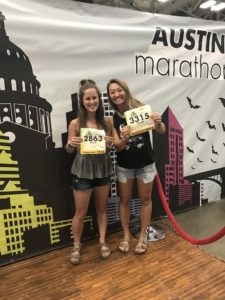 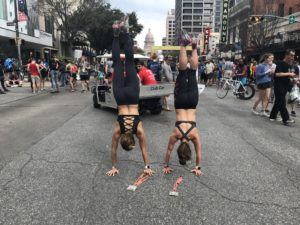 The course itself was actually deathly, the kind that makes you curse running until mile 26. It was full of rolling hills that seemed longer than the Alcan road we drive to Alaska, and on top of that it must’ve been 150% humidity with an actual temperature high of 80 degrees! These are dangerous race conditions, and leave many dehydrated and unable to complete the course if you don’t listen to your body and balance electrolyte & sodium levels. People were dropping like flies, and Mel even had to perform some doctor things (yes my best friend is a doctor, she’s the coolest) on a poor runner who passed out right before the finish line! I’m super grateful that we were able to stay hydrated and power through all 26.2 miles! Despite all these obstacles, the energy on the course was incomparable to any race I’ve ever run before. There were spectators literally on every corner! So many strangers holding encourging signs, and cheering you on while you slowly die but persist. This race is one of the biggest in the country, so that means there are tons of people who come to watch! This makes such a huge difference when you are really wanting to give up on the big hills, but you see an inspirational sign that says Ryan Gosling is waiting for you at the finish line so you just need to keep going! It really felt like the whole city was lined up throughout every mile supporting us. So amazing!! The police directing traffic and volunteers handing out Nuun/water were also so incredible and their “you go girl”s really got me to the end. Of course because we were in Austin, the music capitol of the world, there was live music all along the course! Tons of different bands playing just for the runners. So fun! The finishers medals were beautiful, and not surprisingly also double as a belt buckle! How Texas. 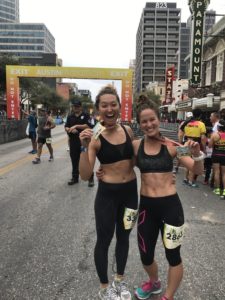 The only thing that wasn’t super stellar about the Austin Marathon was the post-race snacks. Oreos, a high fructose laden fruit cup, and pork rinds…what the?! I guess the funds were all spent on our cool race swag! But overall, Mel and I had such an amazing time and loved every minute of it (especially when it was over..). If you’re thinking about pulling the trigger and signing up for your first full marathon, this would be the perfect one!! It gave me the ultimate runner’s high, and even though as soon as I cross the finish line I always say I’m never running a marathon again, Austin left me wanting more!! Plus now I’ve got a new PR to beat 🙂 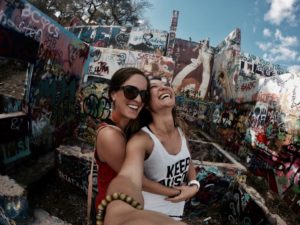 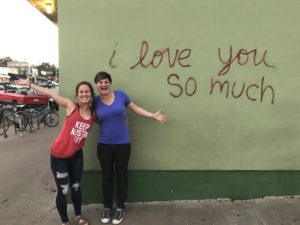 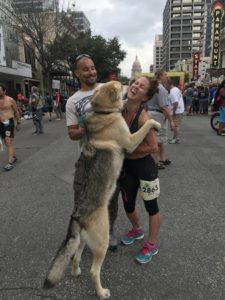